For example, coming out of winter this past year, I had one colony lagging behind the others. The queen laid too few eggs and many of those were unfertilized (drones). I was willing to maintain the colony until I could requeen, but then deformed wing virus (DWV) appeared. Because of DWV, the colony had to be destroyed. I put the surviving bees – less than 4 frames – into a 0 degree freezer. After a week in the freezer, the drones and larva were dead, but the queen and the workers were mostly alive. (At that point I killed the queen and scattered the remaining workers.)

My inner top covers are ¾” plywood with holes for a feed jar and ventilation. I cover ventilation holes with “bee screen” on the bottom (bee-side), and window screen on the top (to keep out wax moths).

I then place an empty deep hive body above the inner cover, with a normal telescoping cover over-all. My deep hive bodies have a 1-inch hole in each side, screened with window screen. This arrangement provides ventilation as well as secured feeding. The deep will handle 2-quart mason jars and even 1 gallon commercial mayonnaise jars for feed.  I use this arrangement year round (except for during certain varroa treatments).

Over the course of the summer, the bees will coat the bee screen with propolis, blocking ventilation. Come autumn I harvest the propolis while re-establishing the ventilation. Ventilation in winter is critical; breathing bees give off moisture. If the moisture accumulates inside the colony, water can drip back on the bees at the same time mold grows. On the other hand, too much ventilation results in the bees consuming more of their stored honey, leading to starvation. 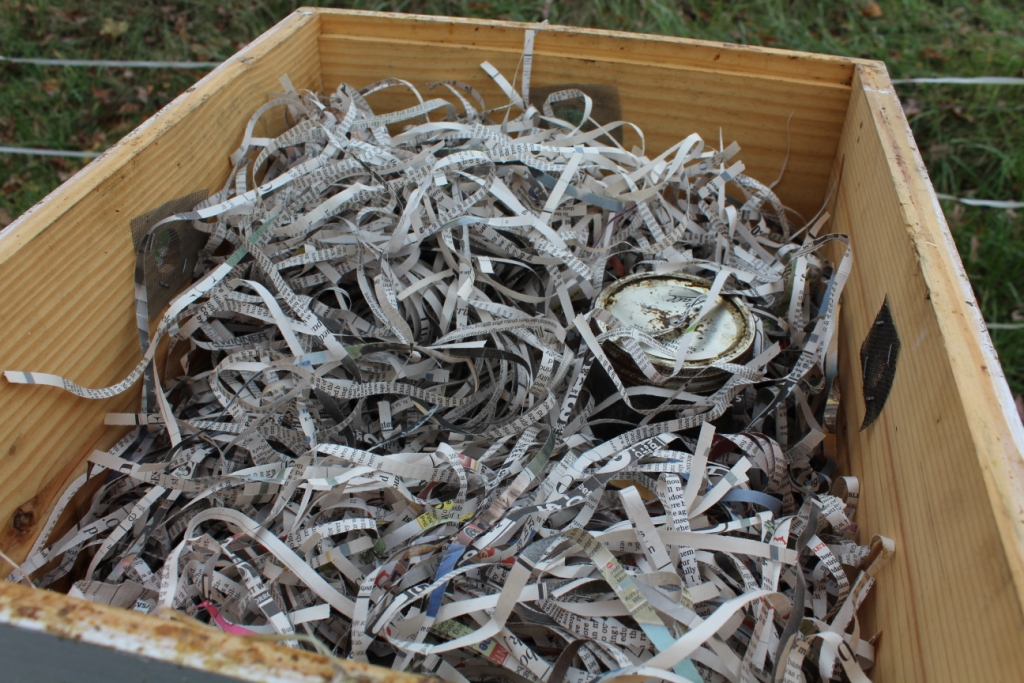 * Three different configurations of 3/4″ plywood inner covers are displayed.  The top most I inherited, the middle is my preferred format (slots perpendicular frames), the bottom was an experiment I won’t do again (slots parallel frames). The feedhole is off-center such that the cover can be rotated where the hole is oriented to the cluster.